There is a new vegan ice cream with an American touch in Klybeck (picture: zvg).

The new ice cream shop in Klybeck offers vegan ice cream in an American style. Everything is made on site and with great love.

The idea came to her in Greece: Aline Jung, owner and founder of “enila”, says: “During a layover in Athens, I discovered vegan ice cream and asked myself why it didn’t exist in Switzerland. My mother then said I should do it myself.”

Since then, Aline has had this idea in her head, and now the time has finally come: Her sweet creations are available at Klybeckstrasse 58 from the end of May.

In the very beginning, “enila” was little more than an ice cream machine. After the idea came a lot of experimentation. Almost every day, Aline made liters of ice cream, developed recipes and tested flavors.

All varieties were developed by herself: the founder of “enila” Aline Jung (Image: zvg).

A bumpy road to your own restaurant

With Corona, the 23-year-old girl postponed her own restaurant plan. Because at that time it was difficult to find a suitable place – especially as a new restaurant that is not yet established. But luck came last year.

There were more than enough difficulties and challenges during this time: Whether it was the tables not being delivered due to a lack of material or Alina’s age: “There were a lot of reactions from people who thought I was crazy, I was too young for something like this. . And sometimes as young women, you’re not taken that seriously, especially in the construction industry where it’s all men.”

The menu at “enila” is completely vegan, which was important to Aline, who has been vegan for seven years: “I myself want to contribute something to the vegan menu and show people that the alternatives are just as good, if not better. .”

All ice creams are cashew and coconut milk based and homemade from scratch. “enila” wants to offer something that doesn’t exist that often: “We don’t offer sorbet, because you can find it everywhere anyway. We really only have cream types. Our goal is to get as close as possible to dairy ice cream,” explains Aline.

She also puts together her own recipes. She finds inspiration on the Internet, but it will take a lot of work and trial and error before the recipe and taste really meet her expectations.

Organic and seasonal for the right taste

“enila” means a new generation of catering facilities: In addition to the completely vegan range, the team pays attention to organic products and seasonality is also very important: “We have twelve types of ice cream in the showcase. Of these, eight are our “Always Flavors” that we always offer, and four are monthly specials. Of course, we adapt them to the season and local product availability,” says Aline. 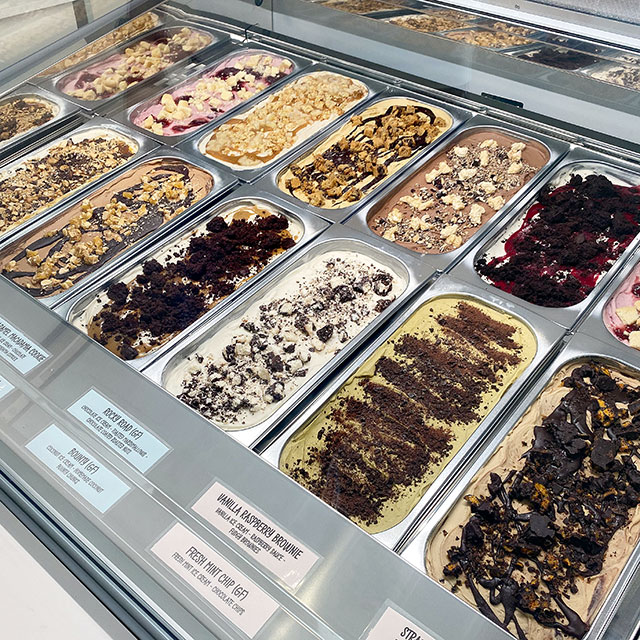 Homemade pieces make all the difference

What immediately catches your eye when trying the ice cream are the large pieces, the pieces that refine the ice cream mass. You can find all kinds of “mix ins” in it, from pastries and nuts to sauces. “enila” ice cream is based on the American ice cream culture, in which these ingredients play at least as important a role as the ice cream itself. And of course, these pieces are also made on site.

You can currently try the ice cream from Wednesday to Sunday from 13:00 to 20:00. Seasonality is also taken into account in the opening hours: “We will be open longer in the summer and then in the fall we will open earlier and close in the afternoon. We will also modify the offer a little. In the future, for example, we would like to bake waffles that you can enjoy with a scoop of ice cream when it cools down,” enthuses the founder.

Until then, it’s definitely worth trying the ice cream menu. And for those who can’t decide: Aline’s personal favorite is Apple Crumble. And my strawberry shortcake. 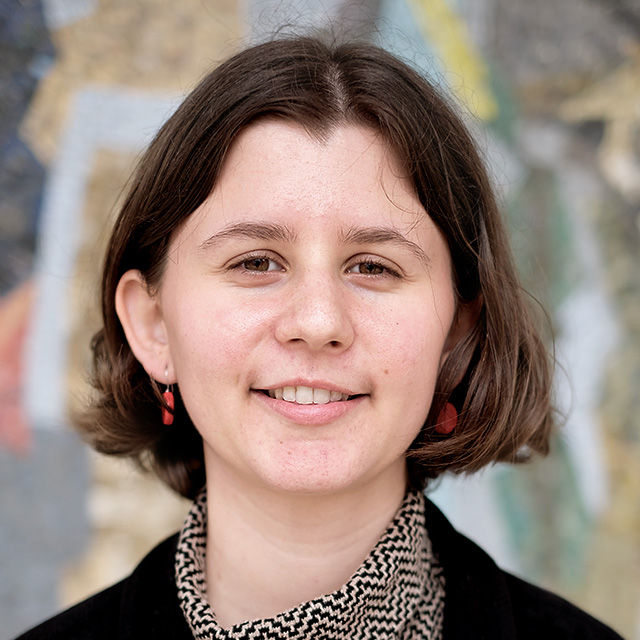 When Sina is not reading one of the endless texts for her studies, she likes to immerse herself in stories and books of various genres, always remaining in the world of the languages ​​she is studying. If she needs a break from reading, she spends her time taking long walks, knitting in the evening with friends, or inventing the most strenuous exercises possible while practicing Pilates.