People, language and traditions make German culture unique. It played a key role not only in the history of Europe. Germany is known as the land of poets and thinkers.

German culture has been influenced and shaped throughout Germany’s rich history, once as an important part of the Holy Roman Empire and later as one of the most stable economies in the world.

Whereas today Germany is home to 82.2 million people, including Germans and minorities of other nationalities, who respect each other and together make Germany a country of values, unique traditions and customs.

In this post, we have presented some facts about German culture, which has its roots in the beginning of the first millennium, although over time it has lost and gained other characteristics than historical events affecting not only Germany, but the entire European continent. shaped.

The capital is Berlin, but the most important cities in Germany also include Hamburg, Munich and Cologne. It is estimated that the average woman in Germany lives for about 83 years, while the average man lives for 79 years. The main language is German and the main religion is Christianity.

There are many stereotypes about Germans because they drink a lot of beer (which is true), they are hardworking and punctual (which is also true) and that the unemployment rate in Germany is very low (again true).

Over 95% of the population of Germany speak German, regardless of whether it is written German or one of its dialects. However, the German state recognized four minority languages: Upper and Lower Lusatian Serbian, Romani, Danish, and Nordic and Saterland Frisian.

Due to the high number of immigrants, there are also languages ​​spoken by a significant number of communities, such as Turkish, Kurdish, Russian, Greek. Albanian, Polish, etc.

Today, the average German dress is typically Western. Both men and women wear dark, plain suits and shirts in a business context. However, each region of the country has its own national costumes, which are slightly different from each other. For example, in Bavaria, the traditional costume for men is lederhosen that reach just above the knees, while for women it is a dress that includes a bodice, blouse, full skirt and apron. You can see people wearing these costumes especially during carnivals or festivals.

In Germany, 65 to 70 percent of people recognize themselves as Christians, 29 percent as Catholics. There is also a 4.4% Muslim minority. As many as 36% say they have no religion or profess something other than Christianity or Muslim.

German symbols changed at different stages of history along with the events that shaped their culture and traditions. The eagle was part of the Holy Roman Empire, which was divided between two different states after Prussia’s victory over Austria in 1886. Martin Luther and important figures such as Immanuel Kant, Johann Gottfried von Herder and Johann Wolfgang Goethe are also important figures and very controversial symbols. Today, the country’s most famous symbol is the black, red and gold flag.

Germany is also one of the leading nations when it comes to reading. German publishers publish around 94,000 new books each year, and Germany hosts the Frankfurt International Book Fair, the world’s most important book event. Many do not know, but the first known book was printed in German, as well as the first known magazine.

According to Allensbach Media Market Analysis, 44.6% of the German population reads a book at least once a week, while 58.3% of Germans buy at least one book a year.

Some of the most famous philosophers were born and lived in Germany, as Immanuel Kant played a key role in the history of philosophy and was inspired by the German philosophers Schopenhauer and Nietzsche, who lived their entire lives in Germany. On the other hand, the creators of communist theory, Marx and Engels, were also Germans.

Germans drink a lot of beer, eat sausages and make different flavors of bread. It’s not just a stereotype, it’s true. According to estimates, the average German consumes around 140 liters of beer per year. In 2012 alone, Germans drank 2.25 gallons of beer, which is the lowest level since the fall of the Berlin Wall in 1990. They are the second largest beer consumers in Europe after the Czechs.

Wurst, which means sausage in German, is an important part of German cuisine, made from pork, beef or veal and flavored in a variety of ways. As for bread, baking bread has a long tradition that Germans are proud of. There are breads of different shapes, black and white, with different flavors and names, sweet, soft, plain with every kind of seed you can imagine.

German cuisine is also rich in a variety of delicious traditional dishes, as well as vegetarian and vegan options. You may be picky, but in Germany you always have a wide choice of food and drink.

The world’s most famous classical composers, such as Bach and Beethoven, who marked the transition of music between classical and romantic to western classical music, were born and died in Germany, Germany. Other famous composers from Germany are Brahms, Schubert, Händel, Telemann, Orff and others

There are many music festivals in Germany these days, from electronic music to hip-hop and rock and roll. The biggest music festival in Germany, which is also one of the biggest in the world, is the Rock am Ring Festival, which attracts artists and performers as well as music fans from all over the world.

Germany also has many opera houses that also serve as tourist attractions for foreign visitors.

The country has a checkered history, the marks of which can be seen in its rich and varied architecture. Palaces, castles, cathedrals and monuments best tell the story of Germany. Amphitheatres, baths and Roman bridges are part of the ancient architecture and civilization that flourished in what is now Germany. Pre-Romanesque architecture consists of churches such as the abbey church of St. Michael, which dates from the beginning of the 10th century. During the Romanesque period, many cathedrals were built that have survived to this day.

Cologne Cathedral and many other cathedrals were built during the Gothic period. The Renaissance, which flourished between the 15th and 17th centuries, is characterized by castles and chateaux such as Heidelberg Castle or the ducal residence of Landshut.

Baroque architecture reached Germany in the 18th century, and many buildings such as the Würzburg Residence or the Augustusburg Castle have survived to this day and are among the tourist attractions that attract many tourists.

Gothic paintings and sculptures were very famous in Europe, including Germany. The peak of the 15th century was the design of altarpieces. Generations of German artists explored and displayed their skills in the Baroque, Rococo and Neoclassical styles. Romanticism is also a very important part of German art.

Some of the most famous German paintings are: “Sin” by Franz Stuck, “Pilgrim on the Sea of ​​Mist” by Caspar David Friedrich, “Studio Wall” by Adolf Menzel, “Heller Altarpiece” by Albrecht Dürer and Matthias Grünewald, etc.

Although Germans are known to be very bureaucratic people, they also know how to have fun and enjoy life. This statement is best proven by the widespread carnivals and festivals. Both types of events are a joyous time of year when entire cities host parties and colorful celebrations. Carnivals have a long history in Catholicism, while today they are celebrated with street parades in costumes and masks. There are various carnivals and festivals celebrating all walks of life and joy.

Their weddings are also very special. It is traditional for the bride to carry bread and salt as a sign for the food harvest. On the other hand, the groom is said to carry grain for luck and prosperity.

Paying our last respects to the dead is a part of every culture. In Germany, a funeral takes 3 to 4 days after a person’s death. Families of the dead are visited by relatives and friends. The first day of the funeral is attended by a priest and minister in black and purple robes.

Before the funeral, the coffin is brought to the church, where the priest says the requiem and sprinkles the coffin with holy water. The bells are then rung and the mourners carry the casket to the cemetery where they place it on the grave. After a short speech and prayers by the priest, the relatives of the deceased say goodbye and cover the coffin with earth.

It is estimated that around 27,000,000 Germans are members of a sports club, while another 12,000,000 are involved in such activities individually, showing how deeply Germans are into sports. The Bundesliga, the German soccer championship, has the second highest average attendance of any professional sports league in the world. The German national football team is still one of the strongest football teams in the world, having won a total of four World Cups (1954, 1974, 1990, 2014).

During championship season, be it the FIFA World Cup or the UEFA Champions League, huge screens are placed in squares, bars and restaurants, where children, grandmothers and everyone else gather to watch the matches while sipping beer and sausages. .

Germans take care of each other

One of the best things about Germans and German culture is that they like to take care of themselves. For example, lost items are hung from trees. If you find yourself in a park in Germany or near a tree with something hanging from the lowest branches, you know it’s a lost cause. Someone lost it and whoever found it hung it on a tree. If the owner goes back, he can more easily find his affiliation.

Download a free copy of our “Essential guide to study in Germany for free”receive regular emails sent to your inbox with useful articles about studying in Germany, latest news, scholarships, study abroad opportunities and offers… 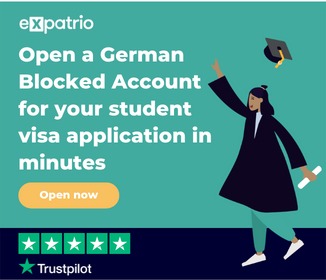