In the 17th century, Basel, with its 10,000 inhabitants, was still the largest city of the Old Confederation. Today it is a capital of culture, a university city and known worldwide for its unique silhouette. There have always been many ideas about what should and could be created in Basel. Until March 2022, the “Dream City” exhibition at the Kleines Klingental Museum tells about the bends of the Rhine, the four-lane roads through the old town or the oceanium and invites you to dream more.

In the famous and popular old town of Grossbasel, you can still discover and feel the history of the city in the old buildings, fountains and monuments. The old town is an attraction for tourists and residents. Although Basel is subject to constant change, the consensus is that this district is worth protecting. But that wasn’t always the opinion. In the 1940s, a strategy was developed to cope with the city’s constant growth and increasing traffic. Proposed solution: A multi-lane road should be built down Blumenrain to Barfüsserplatz. The buildings standing there should be demolished for this purpose. This would attract a large strip to the historic old town. Although this project was not implemented, the old buildings have to give way again and again to the development of the city. Development and new construction also offer room for dreaming. For example, the Basel architect Jacques Herzog: He once revealed that he saw himself more as an artist before his career. In this sense, architecture is also art in the city.

Unused industrial sites, for example, offer space for larger living space without demolishing historic buildings. Construction work is currently taking place on various areas with a total area of ​​more than 100 hectares: in Volta Nord, in Westfeld, in the Klybeck area, in Rosental, in Wolf, on Walkeweg and on Dreispitz. Of course, in the construction of such residential areas, it is necessary to take into account shopping facilities, schools, leisure facilities, etc. The area is not large enough in all areas to expand further in width. That is why the buildings in Basel are getting taller and taller. In 2010, the city therefore proposed a high-rise concept, which shows areas particularly suitable for the construction of high-rise buildings and formulates requirements for high-rise buildings. The vision of the residential area, which was rejected by the population in 2014, is the vision of the “East of the city district”. A quarter dreamed of along the Grenzacherstrasse along the Rhine. However, 72% of voters would like the authorities to reconsider this vision.

The Rhine has always offered plenty of reasons to dream. This was once the reason why the area around Basel was already inhabited in the Paleolithic. During the industrialization of the 19th century, steamships docked for the first time, and Basel became Switzerland’s largest industrial city at the end of the 19th century. The Rhine is still an important transport route for the city. But these are all facts. For example, the idea of ​​leading the Rhine around the city in the north, which came in 1932, did not catch on. This should create a new residential area in the river bed in a central position. The idea of ​​Friedrich Keck, who wanted to widen the bridge on the Middle Rhine in 1899 and place a market on it, never became a reality.

A city consists of everything that is said, dreamed, destroyed and done in it, wrote the Dutch writer Cees Nooteboom. And there were many dreams for the city of Basel. It is worth learning more about the history of our university town, walking around the city and dreaming.

Information about the exhibition

The exhibition “Dream City” can be seen at the Museum Kleines Klingental until March 13, 2022. Information can be found at Website. The museum is open on Wednesdays and Saturdays from 14:00 to 17:00 and on Sundays from 10:00 to 17:00. The entrance fee is 8 francs. In addition to the exhibition, the museum offers a collection of sandstone sculptures from Basel Cathedral from around 1200, a model of the city of Basel in the 17th century and other historical pieces. 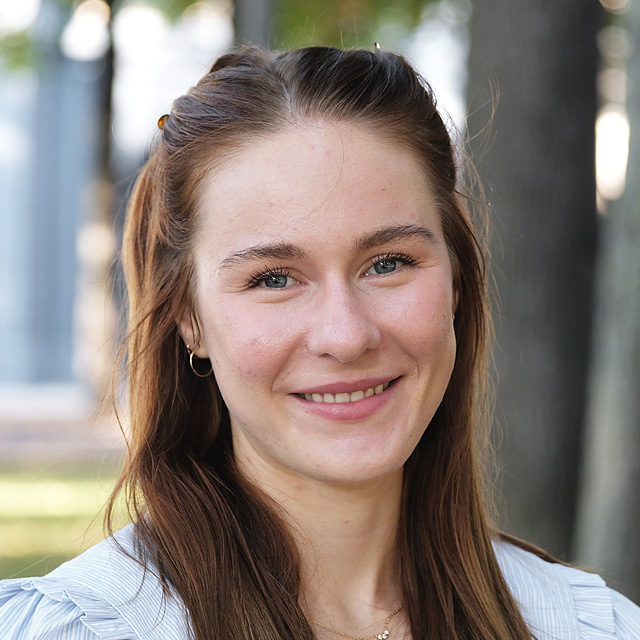 “We should not read the words, but the people we feel behind the words” – once said Samuel Butler. Anja cannot judge whether this is actually true, but she would confirm the content exactly as it is. In addition to her enthusiasm for all things related to languages ​​and communication, her field, she is passionate about brunch, loves cozy cafes and is afraid of getting stuck with her bike on the tram tracks.