The stage theater was the venue for bloodless performances and gatherings at Augusta Raurica (Image: Christin Kunnathuparambil).

Time for a trip? Augusta Raurica is probably the best-preserved town north of the Alps. The following article offers a small insight into this historic site on the outskirts of Basel and might inspire you to visit the city.

The theater in Augusta Raurica bends like a university auditorium. A semi-arc that gets wider and wider. The Romans watched plays here 2,000 years ago – and events are still held here today.

Augusta Raurica, the Roman city of Augst (BL), offers a journey into antiquity. It is the largest archaeological open-air museum of its kind in Switzerland and offers a piece of Roman cultural history for young and old alike. This international research center offers a wide range of knowledge resources for you to delve into the past.

Augusta Raurica offers many monuments that spread over a large area. In addition to a Roman house and an outdoor railing with monuments, it also has a zoo. The so-called Roman house is a replica of a house owned by wealthy families in Pompeii. It offers insights into how residents cooked, lived and dressed at the turn of the century.

August Raurica has an amphitheater in addition to a scenic theater. While still the most diverse in the theater today Events the amphitheater was the stage of famous gladiators who fought to step out of the amphitheater through the “Gate of Life”. Exhibition in Carcer in Augusta Raurica offers a glimpse into this world of gladiators.

A glimpse into the past: The Roman city of Augusta Raurica, founded in 44 BC. (Image: Christin Kunnathuparambil).

In the bathing complex, it is less bloody: the remains of the wellness oasis invite wonder – at least when looking at the underfloor heating that points to the great luxury of Augusta Raurica. But I don’t want to give too much away – see for yourself! And at the special exhibition “Under the magnifying glass”, experts from various fields tell how they investigated the accidental find from 2016.

Look into the past without destroying anything

Archeology is about understanding and exploring the traces of humanity. Objects that seem inconspicuous at first glance can reveal amazing things upon closer inspection. But the excavations have two sides: on the one hand, it is about making the findings available to the public and advancing research, on the other hand, they are in no other state as safe as they were underground. Experts in the restoration of finds therefore try to make objects and monuments as original and authentic as possible.

It was luxurious in the Roman city: the swimming pool is what remains of the wellness oasis (Image: Christin Kunnathuparambil).

Be a Roman yourself

A Roman city is always worth a visit. Especially in summer: Augusta Raurica is known outside the region for its uniqueness Roman festival known. The biggest Roman festival in Switzerland is celebrating its 25th anniversary this year. During these two days, Roman culture is brought back to life with gladiatorial matches, games, chariot races, Roman food and much more.

If you want to experience it up close, you can do one of many workshops book and make fragrance mixes or tooth powder as if you were standing in a bakery or showing off your own pottery skills. A school of gladiator fights is prepared for the little ones.

All this and much more you can admire and experience in Augusta Raurica. Well, has it piqued your interest? Then go ahead and be surprised!

here Here is more detailed information on how to get here and prices.

The 25th Roman Festival takes place from August 6 to 7 in Augusta Raurica. 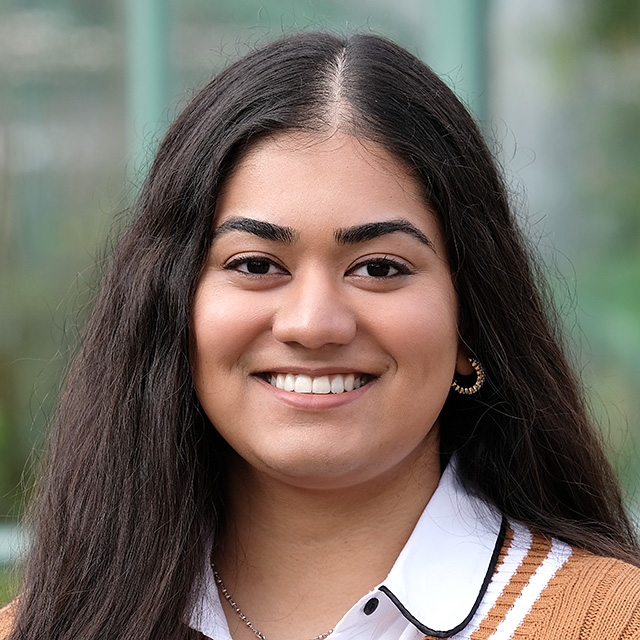 Christin knew early on that she wanted to do something to help others. While studying law, she realized that although she had to read a lot of literature, it was also often discussed – much to her delight. If she gets tired of those hundreds of pages, she likes to relax with a good movie, with friends, in the world of art or on trips to distant countries or to her native India.